Skip to main content
James McIntosh, professor emeritus of sociology, passed away peacefully November 11 at age 84 in his Bethlehem home surrounded by his loving family.
Ziad Munson, associate professor of sociology and chair of the department of sociology and anthropology, noted that McIntosh’s research and his reputation as a sociologist helped lay the foundation for the current success of the department he once chaired.
“Jim showed me the ropes of academia in my first years at Lehigh, as he did for so many others in the department.  His knack for seeing the connection between clear-eyed empirical research and asking the right questions to make a difference in the world made him an effective teacher, superb mentor, and impactful scholar.  The sociology and anthropology department is going to sorely miss him.” 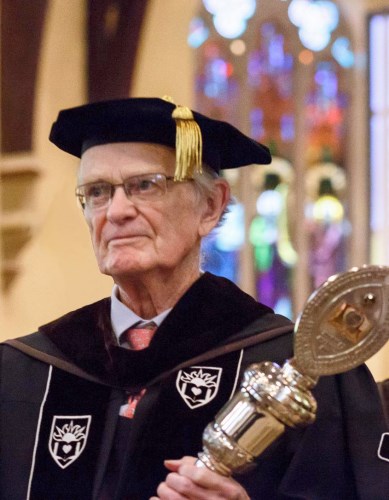 Born in Springfield, Mass., in 1936, McIntosh received his undergraduate degree from Colby College in 1960, then went on to receive his Master of Arts degree from The New School for Social Research in 1963, and his PhD in sociology from Syracuse University in 1970. He joined the Lehigh faculty in 1966 and went on to be a key member of the faculty for 50 years until retiring in 2016. His research focus was in the field of alcohol and drug use, particularly among college students. In addition to being a member of the American Sociological Association, he was a scholarly editor and contributor of articles and reviews in his field throughout his tenure. McIntosh was a prolific writer, publishing more than 100 articles, chapters, and reports. His book, Perspectives on Marginality, was published in 1974; at the time of his death, he was working to complete a monograph, Society, Science and Alcohol as an overview of his career research, knowledge and teaching on the subject.
He spent his sabbaticals researching drinking habits at Kent University, Canterbury in 1990 and Goodenough College, London in 2004 and 2015. He twice served as chair of the department of sociology and anthropology, the first time 1981-1990 and again 2001-2006.  McIntosh received the prestigious Hillman Faculty Award in 1994, rewarded for excellence in teaching or research work, or for advancing the interests of the university. He was granted the Outstanding Faculty Award for the 1989-90 year as well.
A fixture at Lehigh commencements and formal functions, he also served as the mace bearer from 1996 to 2018. He was Lehigh’s faculty athletic representative to the NCAA from 2003 to 2016. Upon his retirement, he was recognized with the Asa Packer Walking Stick. given in gratitude for his service to the university. Mcintosh had a great passion for teaching and mentoring both students and faculty and possessed a  deep interest in student athletes. He was passionately active in campus life and was a fixture at Taylor and Goodman Stadium football games, Grace Hall wrestling matches or men and women's basketball games at Stabler Arena.
McIntosh was a lifelong advocate for social justice and a dedicated civil servant. In 1965, he marched in Selma, Ala. during the Civil Rights Movement and participated in public protests for equality in Syracuse, NY during the same period. Active in the community, he volunteered and co-chaired Pennsylvania State Senator Jeanette Reibman's reelection campaign in the 18th District. From the 1980s through the 2010s, he served and chaired Northampton County Drug and Alcohol Commission and Family Counseling Service; sat on the Advisory Board of Mental Health and Drug and Alcohol Unit of Northampton County; and also the Northampton County Drug and Alcohol Advisory Board.
He is survived by his wife Sarah (Sally) Phelan McIntosh. They celebrated 60 years of marriage on September 3, In addition to Sally McIntosh, he is survived by son James G. McIntosh of Philadelphia; daughter Susan G. McIntosh of Newton, MA; son Andrew R. McIntosh and daughter-in-law Ellyn Siftar of Bethlehem; and grandchildren Anna Siftar of Tivoli, NY, Philip McIntosh, Margaret Siftar and Katherine McIntosh of Bethlehem.
A Memorial Service will be announced at a future date at Packer Memorial Chapel. In lieu of flowers, contributions may be made to "Athletics Partnership Annual Fund" in honor/memory of Dr. Jim McIntosh, c/o Lehigh Athletics, 641 Taylor Street, Bethlehem, PA 18015. 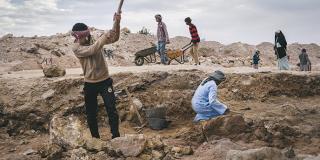 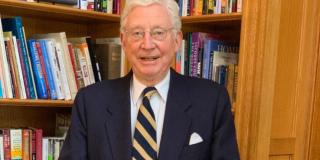 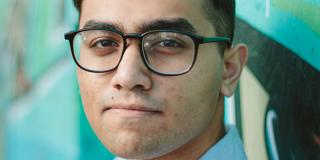